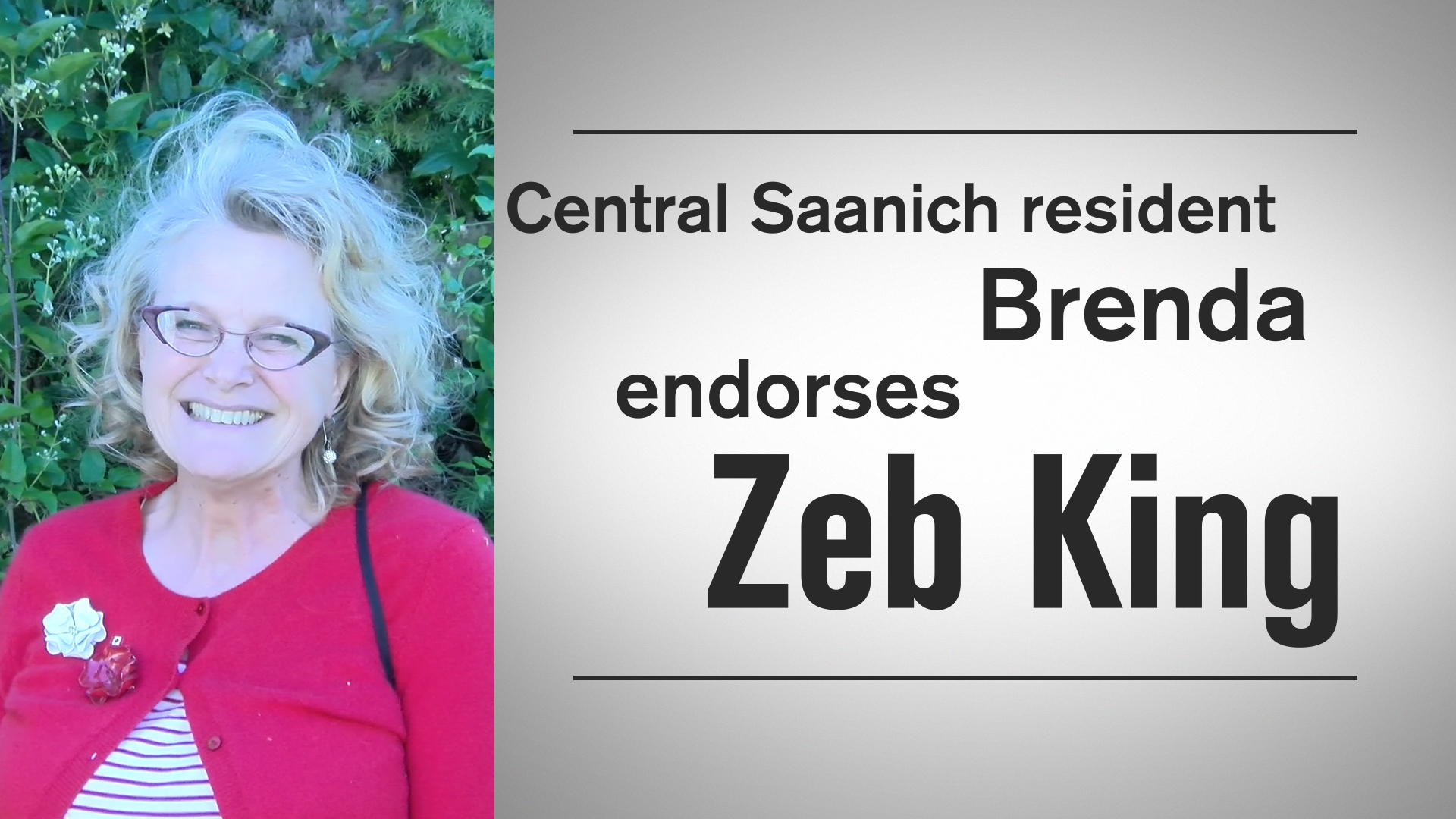 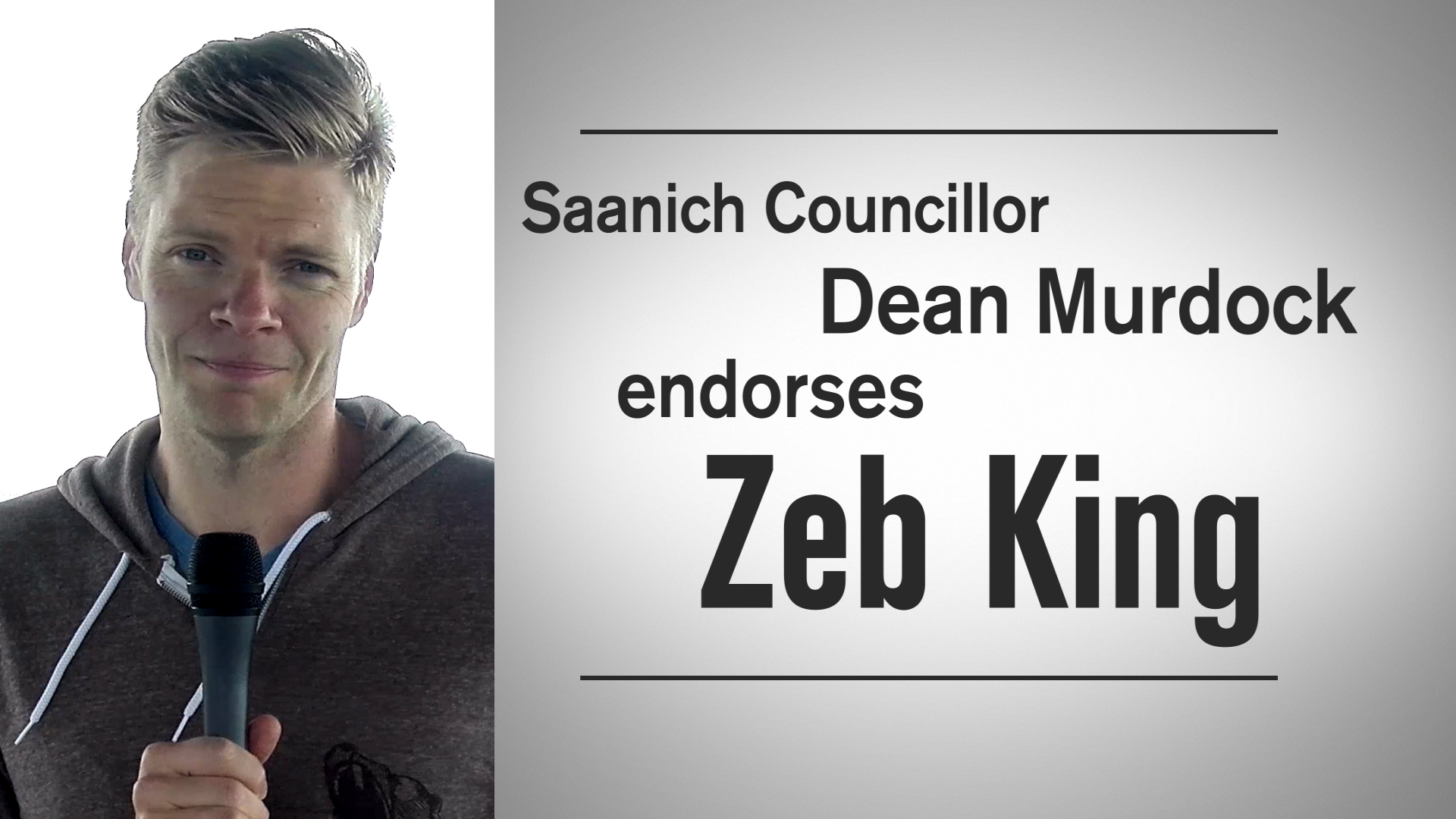 "I remember young Zeb in his days as member of council of Central Saanich. That was the first time I met Zeb. He was all fired up and ready to tackle anything that came his way. He was still taking classes in university at the time…

At first, being First Nations, I was hesitant to support any local government that was a part of what had happened to our people in that day! Spending time with him made me realise that they didn’t all come from the same mold! As you may or may not know, governments are British parliamentary ruled in it’s decision making when it comes to voting! He was sometimes overruled in projects he supported! This didn’t stop him from moving on! If anything it encouraged him to merely make some changes, adapted to make it acceptable to all.

If Zeb were to run and be elected he would be a benefit to all with his endurance to carry on no matter what the odds and perseverance to get things done! He should ensure there is communication to all, reciprocal accountability and respect above all!"
- Paul Sam, TELAXTEN, Aboriginal Community Development, Canadian Red Cross 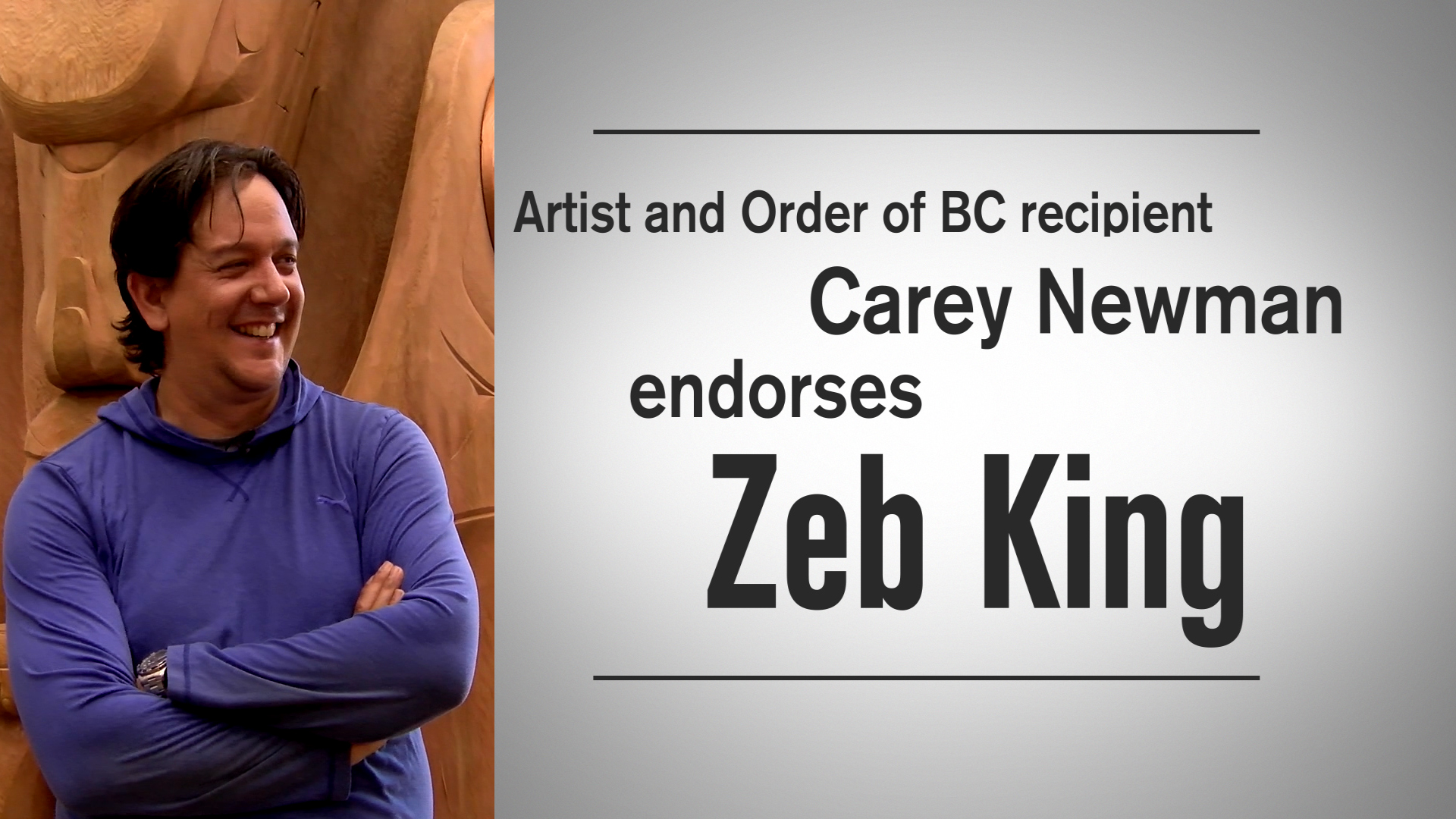 "At the time Zeb King was on council he was very instrumental in developing a council to council forum between Tsawout First Nation, Central Saanich, and Tsartlip. I was on council during that time and Zeb’s goal was to truly engage the people, and to provide a meaningful term on council.  Zeb was successful in getting the community bus (BC Transit) into Tsawout. Transportation is a big barrier to our people, and providing the community link into our community promotes greener transportation and affordable transportation.  We were disappointed that Zeb didn’t make it back into council as he truly did care about reaching his entire constituency including Tsawout and Tsartlip."

"Zeb King always worked together with the Tsartip First Nation. He made the right and best possible decision. Zeb could see some direction and consulted the Tsawout to make policy. His decisions were made in recognition of Douglas Treaty rights."
- Chief Wayne Morris, Tsartlip First Nation

"I have respect for Zeb. He was quite wise and I always read what he sent out. I wish he would run for council. He has my support."
- Marie Cooper, Central Saanich Resident

"As a former Central Saanich Councilor, Zeb King is an experienced candidate with strong leadership skills and a commitment to protecting the rural, agricultural and environmental assets of Central Saanich. Zeb will work hard on behalf of local residents and their families to secure the future well-being of the municipality and the Saanich Peninsula."
- Cairine Green, North Saanich Councillor 2005-2011

"I have known Zeb for more than 7 years. I worked with his wife Minjung for a few years in Dementia care and then with Zeb on the Saanich voice online publication. In this time I have come to know Zeb as a man of values, a grass roots person who really cares about the community he both lives in, and serves on the municipal council for. He definitely has my vote in whatever endeavour he chooses to aim for as he is believable, trustworthy and a knowledgeable voice for our community."

"Zeb is one of the those rare individuals who balances gravity and wit, intellectualism and salt-of-the-earth charisma. I place a lot of value in his advice and observation, knowing that he is speaking from a place of academic knowledge as well as hand-on experience and dedication to community well being. The Young Elected Officials Network also benefits from Zeb's inclusive approach and interest in mentoring a new generation of leaders, and I look forward to working with him for many years to come."