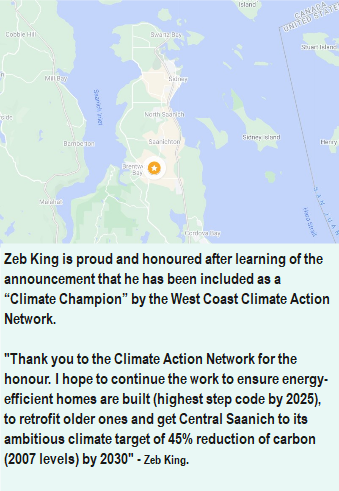 Zeb King is proud and honoured after learning of the announcement that he has been included as a “Climate Champion” by the West Coast Climate Action Network.

"Thank you to the Climate Action Network for the honour. I hope to continue the work to ensure energy-efficient homes are built (highest step code by 2025), to retrofit older ones and get Central Saanich to its ambitious climate target of 45% reduction of carbon (2007 levels) by 2030" - Zeb King.